The best of Newfoundland

The best weather of the year in Newfoundland and Labrador, Canada is from mid-June to September when the temperatures are the warmest. The best months to see whales and seabirds is June-September. If you want to see “Iceberg Alley” when the bergs are most plentiful head to this destination between April and July.

Newfoundland and Labrador are Canada’s (and North America’s) farthest point east. This area is known for the wild beauty of its landscape and picturesque fishing villages perched on the craggy coastline. Wildlife thrives in this northeast kingdom from breaching humpback whales and giant polar bears to colorful cliff diving puffins, and herds of grazing caribou. 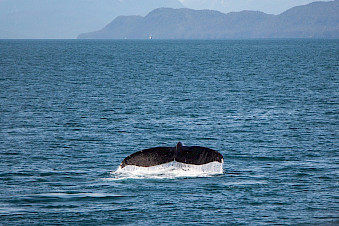 Spend a day on the water surrounded by breaching humpback whales, hundreds of seabirds and, icebergs.

These colorful birds with their orange feet and striped beaks are like natures cartoon birds! The Witless Bay Ecological Reserve has the largest Atlantic Puffin colony in the world with more than 260,000 pairs of puffins nesting here annually.

Newfoundland has some of the best parks in the world for ecological wonders and wildlife viewing. Top National Parks include 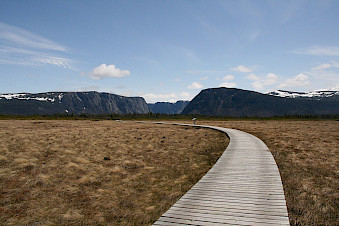 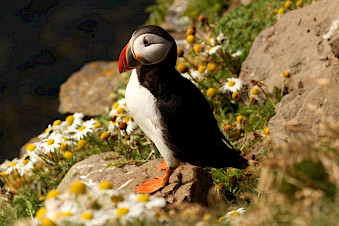 St Mary’s Ecological Reserve has thousands of birds to spot including gulls, razorbills, puffins, common murres, northern gannets, and and great cormorants. It is the most accessible rookery in North America and the third largest nesting site for common murres in the northwest Atlantic Ocean.

The diverse panorama’s found in Gros Morne National Park’s forests, beaches, bogs, mountains, and fjords are so stunning that you feel as though you are on a film set. Colliding continents and glaciers shaped this imposing UNESCO World Heritage Site. It is considered to be one of Canada’s most valued national treasures.

Walk Along the Mantle of the Earth

In the Tablelands of Gros Morne National Park visitors will see how two ancient continents came together and pushed the earth’s mantle to the surface. A highlight is to walk along the Earth’s mantle, normally found far below the earth’s crust in this glacially carved moon-like landscape.

Cape Spear Lighthouse, Newfoundland’s oldest, is the most easterly point in North America. It is one of the best places to spot whales, seabirds, and icebergs. The exhibits at Lobster Cove Lighthouse 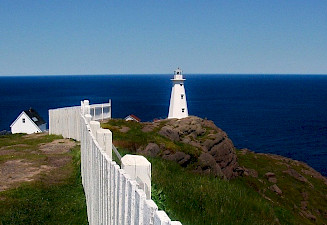 introduce visitors to the rich cultural heritage of Gros Morne National Park. It is also an excellent place to spot whales.

A captivating mix of old and new, St John’s is the capital of Newfoundland and the oldest European town in North America. 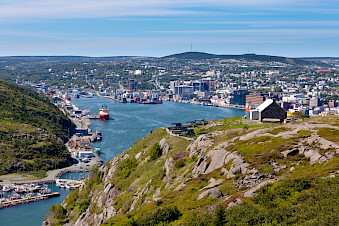 Colorful Victorian houses, art galleries, restaurants, bars, boutiques, and museums line the streets. The Basilica of St John is one of the most architecturally interesting buildings in town.

Visit the “Cross Roads of the World”

Gander was a strategic base during WWII. It was known as the “crossroads of the world” because it was mid-way between America and Europe. Today, it is still a preferred emergency landing spot, which was recently used following the 9/11 attacks. Gander’s simple hospitality drew worldwide praise as they hosted 6,700 people. Gander’s Aviation Museum has displays depicting its role in the development of Trans Atlantic Aviation.

A local tradition in St John’s is to kiss a Codfish and, then down a full shot of “screech” which is Newfoundland rum! This is called being “screeched in”! A local favorite food called “Scrunchions” is cured salt pork fried until all the fat has been rendered out and they become like puffs. The “puffs” are served with fried onions over codfish. If you like fruit don’t miss out on the delicate tart like flavor of cloudberries that grow wild in the peat bogs. They taste a bit, like a sour raspberry and are often found in pies and jam.

Try Iceberg vodka or Iceberg beer made from 10,000-year-old water that comes from icebergs.

Discover the path of North America’s first residents - the Vikings.

Other Destinations We Travel In Canada

Plan your adventure to Newfoundland today!