Behind the Scenes @ Waterford Crystal Company

There are many places and things associated with the Emerald Isle – there is Saint Patrick, of course, great writers like Oscar Wilde, Guinness beer, the Blarney Stone and Waterford Crystal, to name a few. Medieval castles, churches, and abbeys dot the lush green landscape, along with looming cliffs, rolling farmlands, and mysterious peat bogs. Ireland offers visitors a seemingly endless variety of museums, shops, and pubs set amid an unforgettable landscape with friendly people that make you feel as though you have come home. 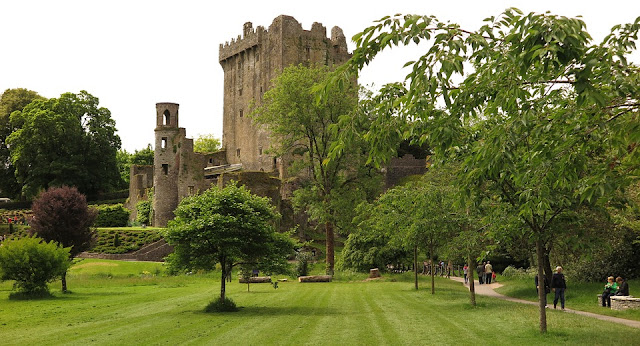 Souvenirs are keepsakes of a journey that we have taken and often bring back the memory of a trip. The best type of souvenir is something that won’t be forgotten and ignored when you get home. As you travel across Ireland, there are many craft stores and souvenir stores that beckon with everything from Irish Whiskey and sweaters made in the Aran Islands to chocolates and smoked salmon. One of the most treasured souvenirs visitors take home from Ireland is from the Waterford Crystal Company because these items can be used and proudly displayed. Often Waterford Crystal is considered an heirloom that is passed on to future generations. 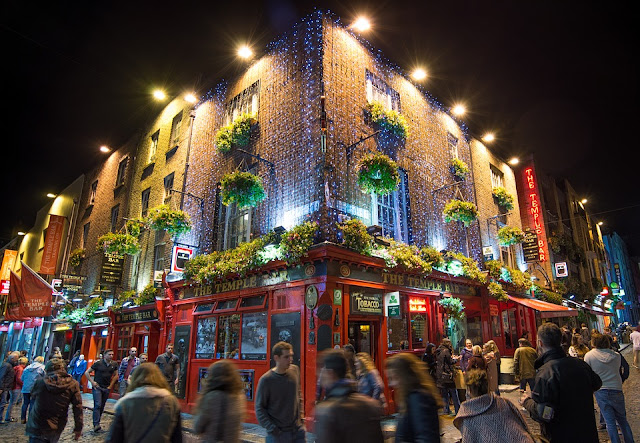 The history of glass making in Ireland dates back to the early Iron Age and medieval documents show that glassmaking was thriving in the 13th century. Glassmaking really evolved in 1783 when two brothers, George and William Penrose founded their glass manufacturing business in the busy port city of Waterford. They employed nearly 70 people that were overseen by John Hill. The secret of the success was the purity of color of the glass they made that could not be matched. 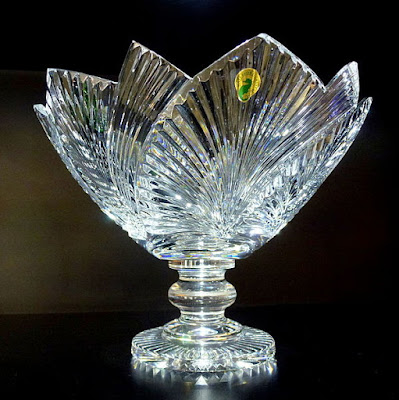 Waterford Crystal is known for its distinctive silvery white brilliance that is enhanced with deeply cut ornamentation giving this glass it’s iconic sparkle. The glass was exported from Waterford to aristocratic homes in Europe and America. Glasses, serving accessories, and drink-ware was admired and collected. King George III ordered a set of Waterford Crystal that was admired by the court. During these early years, Waterford Crystal won two awards for its beauty and excellent design from the Royal Dublin Society and at an exhibition in London.

The Demise and Resurgence

With all these successes, it is hard to believe that in less than 100 years the first Waterford Crystal Company went bankrupt due to taxation and had to close in 1851. Another century passed before this enterprise was revived in 1947. A group of businessmen rekindled by Irish independence were resolved to bring back Waterford Crystal that made their city famous. 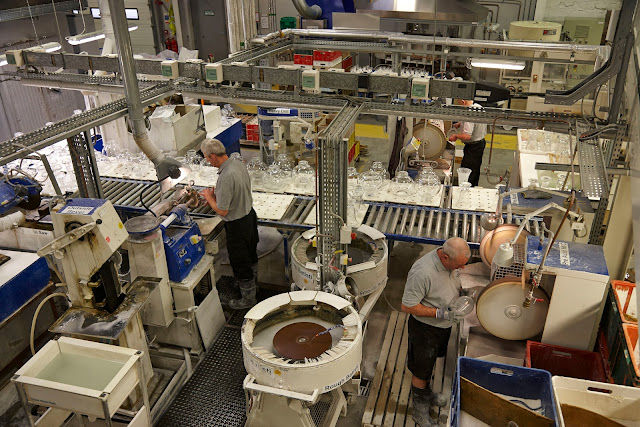 Karl Bacik and Noel Griffin began rebuilding the company and hired Miroslav Havel as the chief designer of the new company.  They also hired 30 expert glassblowers from Europe. Havel immersed himself in the National Museum of Ireland to study the traditional patterns and cutwork that were made famous by the artisans of the Waterford Crystal Company a hundred years before. Havel incorporated these designs and patterns into the new product range of the company. Among the designs developed was the iconic Lismore pattern in 1952 that is still the best selling pattern in the world.

The company recruited and trained handpicked artisans and in a few short years, Waterford Crystal regained its pride of place among the best crystal manufacturers in the world. Today Waterford Crystal is still synonymous with the original mission of the Waterford Crystal Company which was to create the finest quality crystal for drinking vessels and beautiful objects for the home.  The Irish Government presents Waterford Crystal to heads of State and the company makes trophies that are awarded to distinguished scientists and champions of sporting events. One of the biggest moments of the company was during the Millennium countdown in Times Square, New York when 1.2 billion people watched the Waterford Crystal designed and produced crystal ball descend. 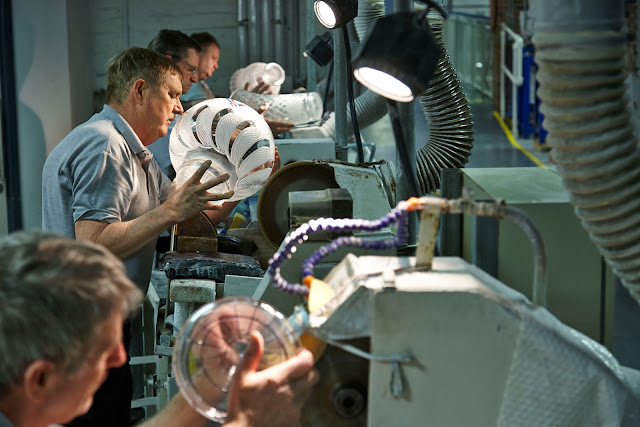 One of the highlights of visiting the Waterford Crystal Company is to take a behind the scenes tour to watch the company’s artisans at work creating glittering masterpieces of glass. The tour begins in the blowing room where visitors will watch the red-hot molten crystal take shape. It is an amazing and hot process to watch as craftsmen meticulously transform glowing balls of glass into elegant shapes before your very eyes! 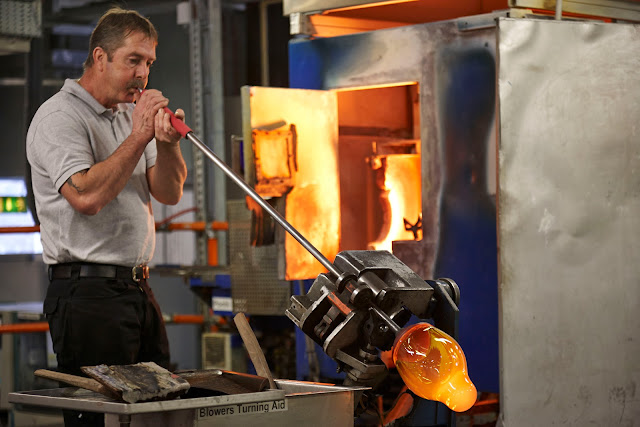 The next room visitors will see is the mold room where craftsmen use wooden molds and hand tools to shape the moulton crystal. Waterford is one of the few companies in the world that use this ancient method of craftsmanship. 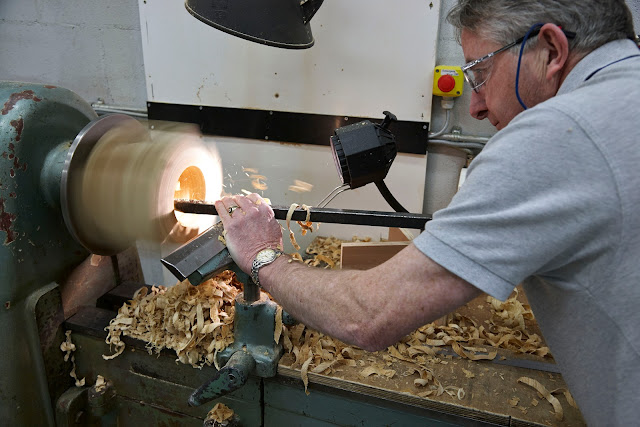 Quality control is one of the hallmarks of the Waterford Crystal Company and each piece is inspected by an expert craftsman for flaws at each stage of production before it is allowed to move on to the next process. There are six inspections and at any stage in the process if the workmanship is not up to snuff it is rejected, smashed and sent back to the furnace to be remelted. 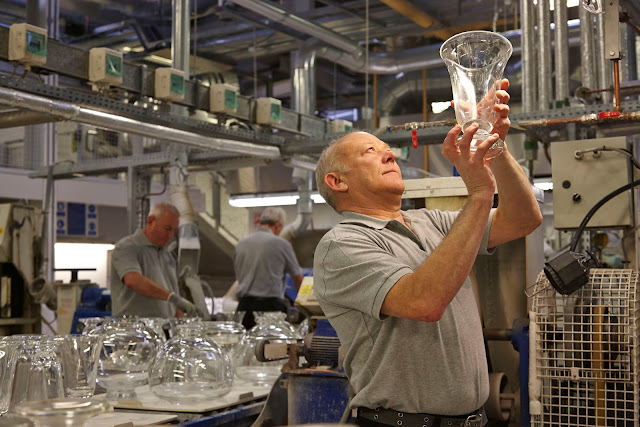 The next portion of the tour takes you to the hand-marking department where each piece is carefully marked with a temporary grid to assist the Master Cutter. Each pattern is memorized by the Master Cutter during his many years of training. The work is exacting and meticulous. 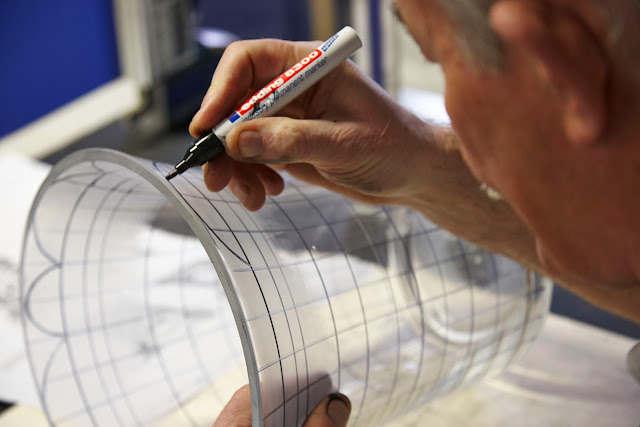 Visitors will learn that Waterford uses two types of cutting methods, Wedge Cutting and Flat Cutting. Even with technological advances such as the industrial diamond tipped wheels used to cut crystal, the Master Cutter still has to rely on his skills to judge the amount of pressure required to hold the crystal to the wheel; too much pressure results in a cut through to the other side. 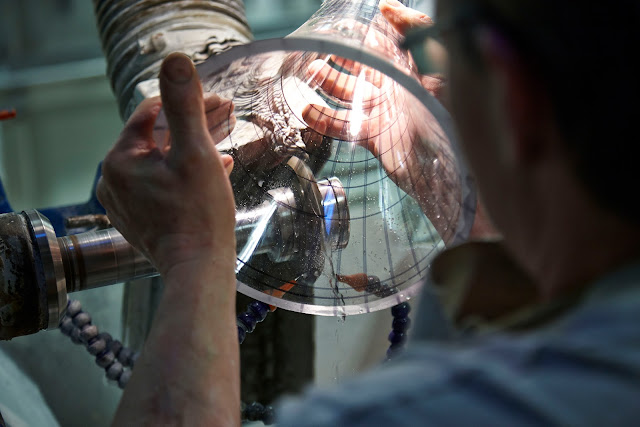 A visit to the sculpting department will show the expertise of the craftsmen that work here that start off with a solid block of crystal and slowly carve it into an object of great beauty. Sculpted pieces take months to create with the Master Sculptors working with wheels rather than mallets and chisels. 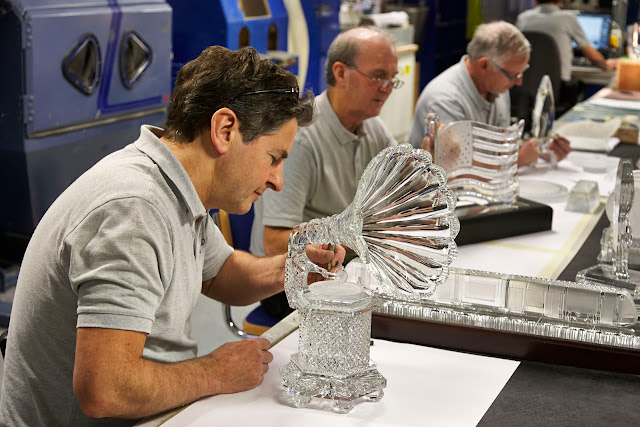 The final room on the tour is the engraving department. Here a copper wheel engraves the crystal using the intaglio method making the object appear more prominent. 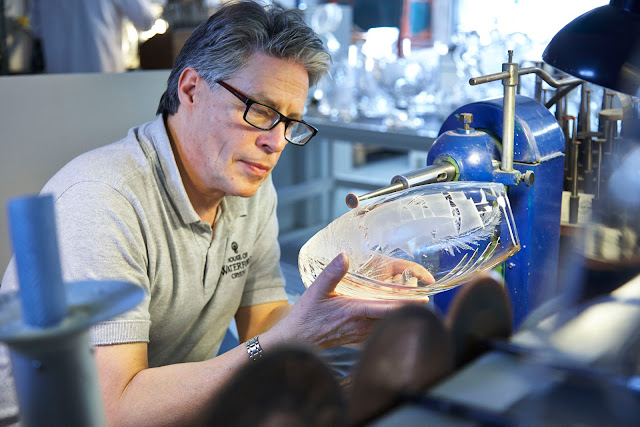 Tours of Distinction offers a small group tour of no more than 24 people to take a trip to Ireland. This ten-day trip includes 14 meals, roundtrip air, transfers and eight nights in 4-star hotels plus eight full Irish breakfasts and six dinners. Highlights of this trip will include a tour of Dublin City with the Guinness Brewery, an excursion to Achill Island, a tour of Powerscourt House and Gardens, Avoca Hand Weavers, and a blowing and glass cutting demonstration at the Waterford Crystal Company. A professional tour director will accompany the group and all gratuities are included. 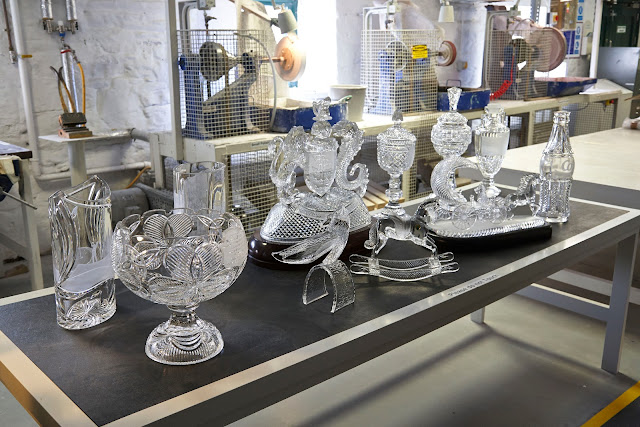