Imagine rushing across the Japanese countryside at amazingly high speeds. The wheels of these trains don’t actually touch the ground, they float just above it! The Japanese have mastered the technology in rail travel with its fast and efficient bullet trains that connect cities throughout Japan at very high speeds. Today’s bullet trains can run up to 200 miles an hour are 50 years in the making. 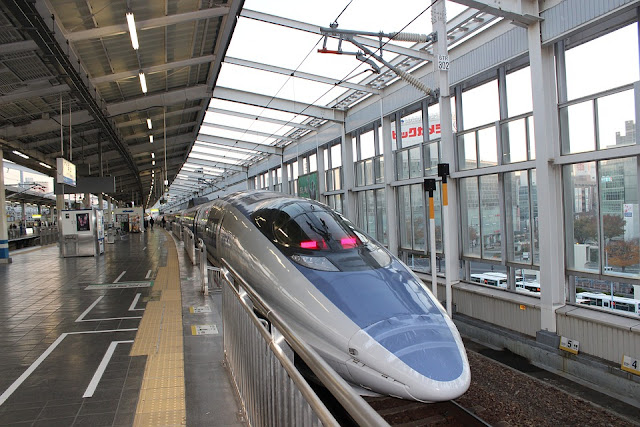 Rail travel in Japan has a long history with first rail lines using steam-powered trains that began operating in 1872. Planning for bullet trains began in the 1930s when Japan’s military government wanted to provision its troops on the front lines in China and Manchuria by train. The first bullet trains debuted in 1964 with the Hikari bullet train departing from Tokyo Station and the other from the Shin Osaka Station. In 1975 the Sanyo Shinkansen bullet trains linked the two largest cities in western Japan, Osaka, and Fukuoka, extending the line from Toyko. A series of new trains were released in 1985, 1992, and 1997. By 2006, the mini- shinkansen trains released in 1997 carried more than twenty million people. In 2016, the Hokkaido Shinkansen connected the northern island of Hokkaido with the main island of Honshu via a unique undersea tunnel. The newest train is the Maglev train released in 2017, it is the fastest train in the world whose wheels don’t even touch the ground! This feat is accomplished using magnetic repulsion between the cars and the track; doing away with the need for wheels, axles, and bearings. The magnetic forces lift the train as well as guide it making this ride exceptionally safe. 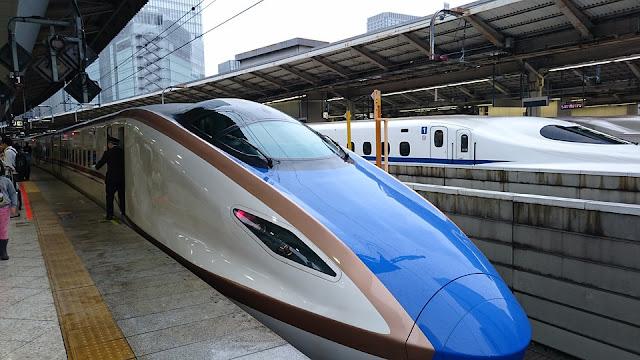 In the 60 years of operation, with over 10 billion passengers, Japan’s high-speed rail lines have had no fatal accidents, making rail travel in Japan one of the safest forms of transportation in the world. In addition to being safe, they are also punctual to the second. Bullet trains have come through typhoons and earthquakes safely because of an internal system that detects them. 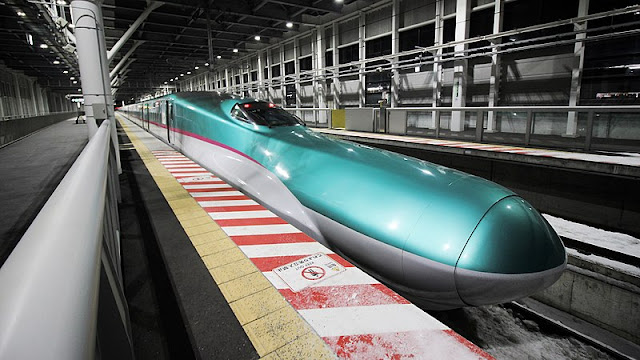 Bullet train seating usually comes in rows of two to three seats some have an option to swivel around allowing passengers to talk to one another. There is also seating with tables on some cars with electrical sockets. Most trains offer small refreshment carts that offer snacks, soft drinks, and beer; some trains serve bento boxes. Eating and bringing food on the train is ok and many people do this, just make sure you take your trash off with you. There are also multiple western styled toilets onboard. If you smoke make sure to find designated smoking areas, these signs are in Japanese and English. 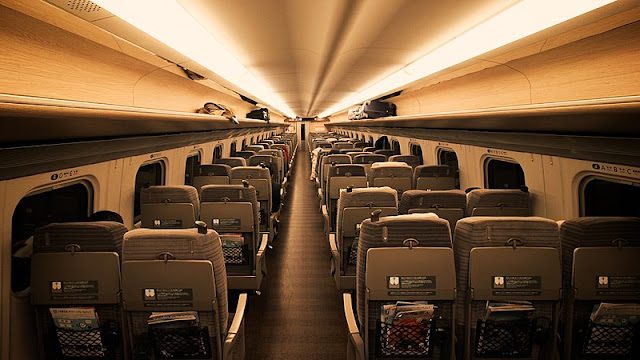 If you like watching the scenery zip by, the varied and beautiful countryside of Japan never disappoints. 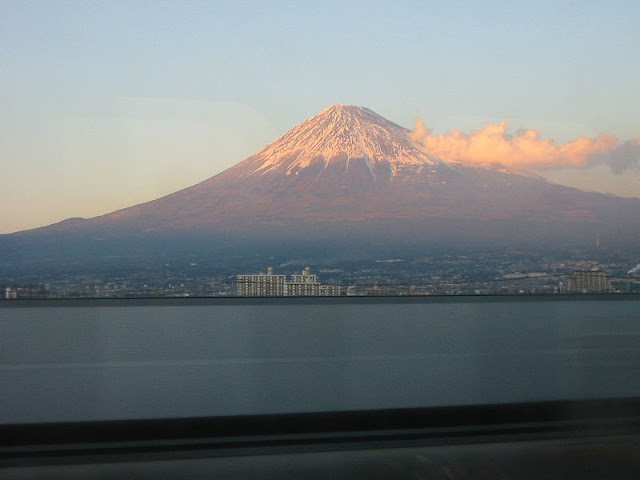 Tours of Distinction is offering the Colors of Japan Tour on May 13-22, 2020. This is a small group tour of no more than twenty travelers that includes three nights in Tokyo, one night in Osaka, one night in Hiroshima and three nights in Kyoto, and of course travel on Japan’s famous bullet train.  For complete tour details click here.