The Magic of the Radio City Music Hall Rockettes

The history of the world-famous all-female dance troupe, the New York Rockettes who are known for their fabulous high-kicking routine and spangly outfits has a fascinating history. The formation of the Rockettes Dance Troupe in 1925 by choreographer Russell Markert was inspired by Great Britain’s The Tiller Girls that performed in the Ziegfield Follies in 1922. The new dance troupe was known as the Missouri Rockets and they made their debut in St. Louis. Part of the instant appeal of this dance troupe was that the choreographer strove to create absolute precision and uniformity in the dancers who had to be between 5’2” and 5’6.5”; today Rockettes are between 5’6” inches and 5’10” inches tall.  They also have to be proficient in tap, modern jazz, and ballet. The troupe started with just 16 and grew to a line of 36 highly talented female dancers.

After their successful debut in St. Louis, the troupe traveled to New York to perform in the Broadway Show Rain or Shine and were discovered by showman S.L. Roxy Rothafel who persuaded their choreographer, Market to form another dance line to replace the departing dancers. By the 1930s there were three separate dance troupes performing in New York and in 1932, two of these troupes were moved to Radio City Music Hall and in 1934 they became officially known as the Radio City Music Hall Rockettes. During the 30s the Music Hall featured premieres of new movies followed by a uniquely lavish stage production by the Rockettes. 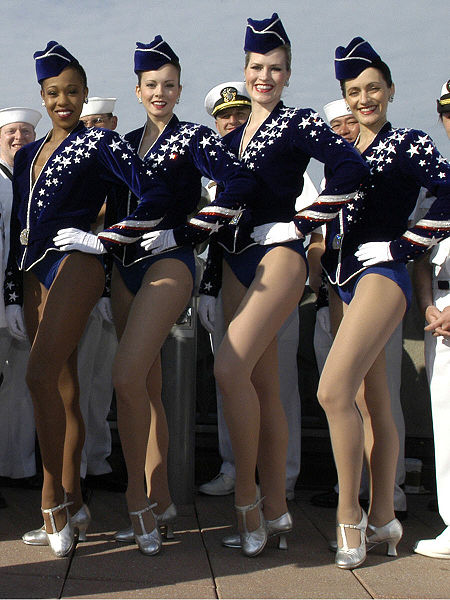 With the outbreak of WWII, the Rockettes were among the first entertainers to volunteer to entertain the troops with the USO.  Accompanied by Eleanor Roosevelt, the Rockettes even hosted a War Bond Rally at Madison Square Gardens. 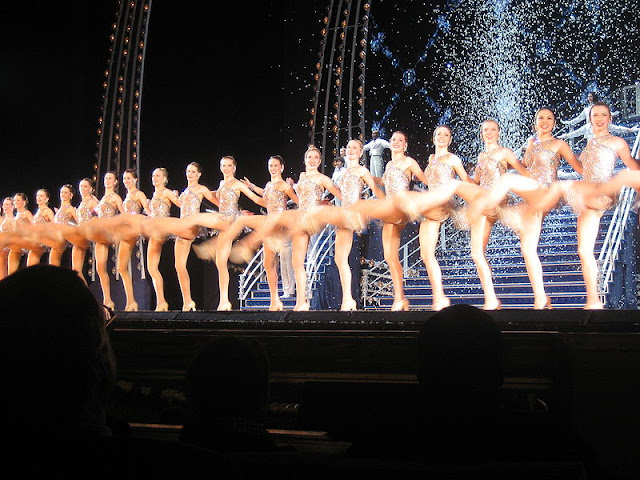 In the 1950s the Rockettes continued to perform after movies and Radio City Music Hall became their home away from home with facilities that included a 26-bed dormitory, cafeteria, and even a hospital. They made their first TV appearance in 1957 on the Wide, Wide World.

In the 1960’s the Rockettes kept up with the times raising their hemlines and dancing as astronauts. One of the most historic productions took place in the 1960s with a salute to Walt Disney when sections of the theme park’s famous Main Street, Frontierland, Tomorrowland, and Fantasyland were created right on the stage at Radio City Music Hall under the keen eye of Walt Disney himself. 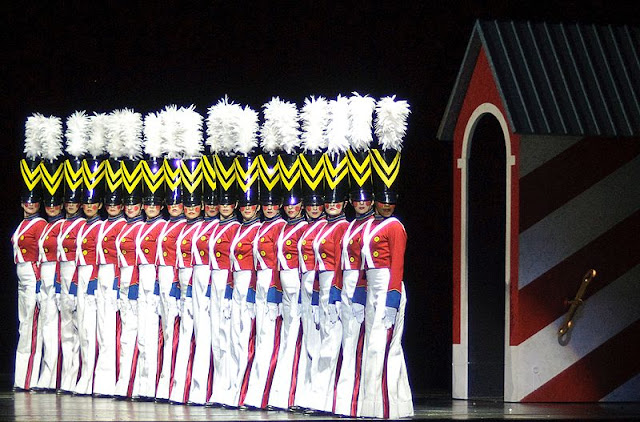 In the 1970s the Rockettes took their show on the road to Las Vegas when the theater went dark and danced to sold-out crowds. In 1978, Radio City was closed due to financial problems and the Rockettes led a crusade to save the building from the wrecking ball by having it designated as a New York City Landmark.

In the 1980s, the performance format changed, Radio City Music Hall no longer showed films but presented 90-minute stage shows where the Rockettes danced four to five numbers in each show. In 1982, to celebrate the 50th birthday of Radio City, producer and choreographer Bob Jani presented a new highly successful show featuring 50 years of Rockettes costumes.

The 1990s marked a large renovation of Radio City Music Hall. Every one of the 6,200 seats was recovered and every bit of gold leaf was repainted. A 50,000 pound LED screen that could be raised and lowered was added and an unusual sound system was incorporated into their tap shoes.  Today, when the Rockettes are doing tap during the Christmas Spectacular, they wear custom dance shoes that have a special cavity within the heel for a sound transmitter so the audience hears the actual tapping of 72 feet.

In 2001, Linda Haberman became the first woman named the sole director and choreographer for the Rockettes and her vision transformed them into more of a contemporary dance company, bringing the troupe to new heights that demanded superb dance techniques and true athleticism. Haberman also created the first touring production of the Christmas Spectacular, which visited more than 80 cities in 2014. 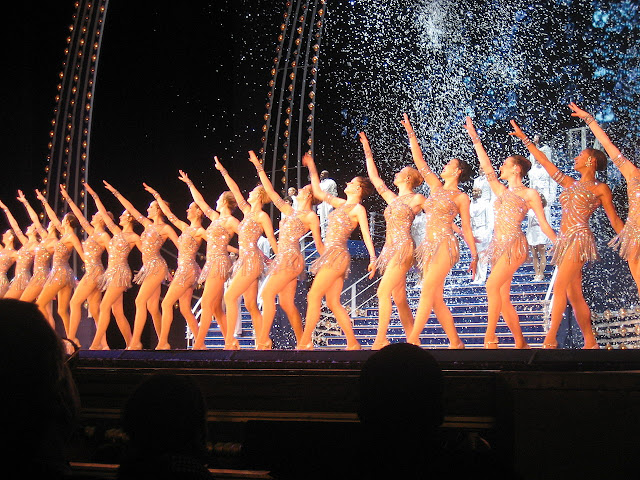 Today the Rockettes are busier and more public than ever. They have made numerous TV appearances and continue to tour the country. The Christmas Spectacular that runs through January 1, 2019, will hand out more than one million 3-D glasses and has the largest flying LED screen in the country that is coupled with 3-D projection technology that puts audiences right in the show.  It takes more than 600 people to actually put on the show for the 80 Rockette dancers who go through more than 14,000 AA batteries to keep their microphones live on stage. The Rockettes change on the average of eight times during a performance. There are even live animals, three camels, two sheep and one donkey that have to be taken care of for the eight week run of the show. The all-new Christmas Lights finale this year features 100 Intel Shooting Star mini-drones that will create a magically immersive holiday light show alongside enhanced digital projections that creates the perfect marriage between artistry and technology. The drone light show in the Christmas Spectacular from 2018 will be the longest running indoor light show Intel has ever done.