Two of the best things in life are traveling and laughing. Funny travel books are sure to keep you optimistic and smiling on the road. Long flights or motor-coach trips are the perfect time to catch up on your reading. And, since you are on vacation, you should treat yourself to some light reading. Some of the most entertaining books on the market are travel books that make you smile. It is amazing how time literally flies by when you are immersed in a good book. At Tours of Distinction, we are recommending five travel books that are as engaging as they are humorous! 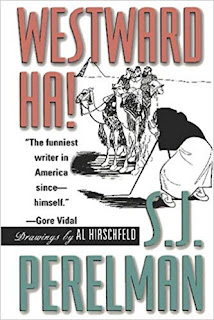 What People are Saying - “CNN listed this as one of the funniest travel books ever written and they were right. This was a funny, laugh out loud book chronicling a trip made in 1947 by S.J. Perelman (a New Yorker columnist) and caricaturist Al Hirschfeld. They left New York City, traveled to Hollywood, and went by boat, train, plane, and other through China, Singapore, Siam (Thailand), India, Egypt, Italy, Paris, and London. S.J. Perelman has a wry, ironic, wit with his writing that is filled with satire and the unexpected. Al Hirschfeld peppered the short novel with his funny caricatures and sketches of life on the road through post-WWII Asia and Europe. Both were a great compliment to this supposed travel log that had less to do with the scenery and spoke more about the people, climate, and just getting from one point to the other.”

2. The Sex Lives of Cannibals: Adrift in the Equatorial Pacific - Maarten Troost

The Plot - At the age of twenty-six, Maarten Troost—who had been pushing the snooze button on the alarm clock of life by racking up useless graduate degrees and muddling through a series of temp jobs—decided to pack up his flip-flops and move to Tarawa, a remote South Pacific island in the Republic of Kiribati. He was restless and lacked direction, and the idea of dropping everything and moving to the ends of the earth was irresistibly romantic. He should have known better. The Sex Lives of Cannibals tells the hilarious story of what happens when Troost discovers that Tarawa is not the island paradise he dreamed of. Falling into one amusing misadventure after another, Troost struggles through relentless, stifling heat, a variety of deadly bacteria, polluted seas, toxic fish—all in a country where the only music to be heard for miles around is “La Macarena.”  With The Sex Lives of Cannibals, Maarten Troost has delivered one of the most original, rip-roaringly funny travelogues in years—one that will leave you thankful for staples of American civilization such as coffee, regular showers, and tabloid news, and that will provide the ultimate vicarious adventure. 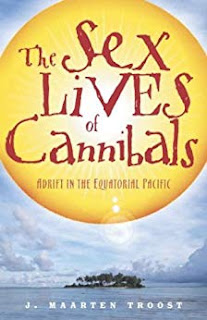 What People are Saying - “A belly laugh on almost every page.. Rumor is that when the Republic of Kiritimati found out that someone wrote a book about their country they thought it was wonderful…..until someone actually read it. Word is that Maarten Van Troost was sued for libel by Kiritimati. The case was thrown out because you can only libel an individual not a nation. He is supposedly now persona non grata in the Republic. You want a hilarious look at Pacific island nations this is it.”

3.  A Walk in the Woods: Rediscovering America on the Appalachian Trail by Bill Bryson

The Plot - Back in America after twenty years in Britain, Bill Bryson decided to reacquaint himself with his native country by walking the 2,100-mile Appalachian Trail, which stretches from Georgia to Maine. The AT offers an astonishing landscape of silent forests and sparkling lakes—and to a writer with the comic genius of Bill Bryson, it also provides endless opportunities to witness the majestic silliness of his fellow human beings. An adventure, a comedy, and a celebration, A Walk in the Woods has become a modern classic of travel literature. 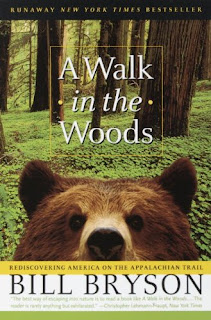 What People are Saying: ”Within the first few pages I surprised myself by chuckling. Then laughing. Then outright, from the gut, throwing back my head and howling. I stayed up until almost 1 AM that first night, devouring chapter after chapter, even though I had to be up early for work the next day. I just couldn’t put it down. The writing is refreshingly honest– at once thoughtful, hilarious, sarcastic, and downright well done. This is not the scribbling of a celebrity trying to sell books. This is the tale of someone who has truly lived a once in a lifetime kind of all-American experience. His observations about the conditions of the trails, the miraculous preservation efforts made by volunteers on the trail for decades, and even his views on life, are inspirational. His descriptions of the kooky characters, the beautiful, sweeping vistas of untouched wilderness that he discovered as he rounded thousands of wearying bends in the never-ending trails … it’s magic. Pure magic. I can almost close my eyes and see it, so vivid are his descriptions of the meadows, the wildflowers, the soft sighing of the trees in the quiet breeze.”

4. When You Look Like Your Passport Photo Its’ Time To Go Home - Erma Bombeck

The Plot - Erma Bombeck, whose books have sold more than 15 million copies, takes her show on the road with this devastatingly witty and quintessentially Bombeckian book about family travel–here and abroad. The popular humorist offers tips and truisms on travel, discussing oddly named food, Asian bus drivers in Germany, plumbing around the world, and more. 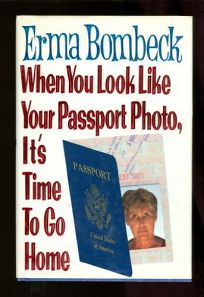 What People are  Saying - “Of all her books this one is my favorite. Maybe because I have traveled so much myself. It is so true that sometimes you will go to great lengths to get that favorite souvenir. Cheap or expensive. If you have ever traveled overseas you will probably see yourself in her situations Embarrassing then but now funny. The cover says it all for it is true you look great at the start and you have a great time then you are ready to come home and you look it. A great read. Very funny.”

The Plot - The story begins when a “geologist” friend mentions to Stevens that he has a Land Rover in the Central African Republic which he’d like to get back to Europe. It’s only later when Stevens discovers that half of Africa thinks his friend is a spy and the other half is convinced he’s a diamond smuggler, that the intrepid author begins to realize he should have asked a few more questions before leaving home. And then there’s the small problem of the Land Rover’s seizure by the minister of mines, who has appropriated it as his personal car. Three months later, Stevens and his twenty-three-year-old companion (the only woman to ever transfer from Bryn Mawr to the University of Oklahoma) have somehow managed to drive-though not in the ill-fated Land Rover-across the wildest part of Africa, emerging scathed but still alive on the shores of the Mediterranean. Through it all, Stevens and his ex-fashion model companion battle the odds, and often each other, to return home to tell this unlikely, highly amusing tale. 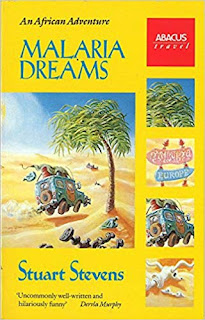 What People are Saying - “A great fun and perceptive read! I especially laughed at how the author’s view of “comfort,” “convenience,” and his whole perception of time changed over the course of this misadventure. From Chapter Twenty-four: “The delay was only a few days. Only a few days. I thought, bemused, of the times in my pre-Africa life I had fumed and ranted over late planes and traffic jams. An hour—hell, a half hour—was intolerably painful. Now I accepted with a shrug a few days’ detours just to buy gas… . Highly recommended for those who enjoy traveling from the comfort and convenience of their own cozy, warm bed!”