Set on a scenic estuary of Portugal’s famous Douro River, the city of Porto is undergoing a magical transformation. Helping to drive this growing rejuvenation is a vibrant art, culture, and food scene set amid classic cobblestone streets and the natural friendliness of the Portuguese people.  Simply put, Porto is one of the best cities to visit because it is one of Europe’s least known travel destinations, with a lot to offer travelers. 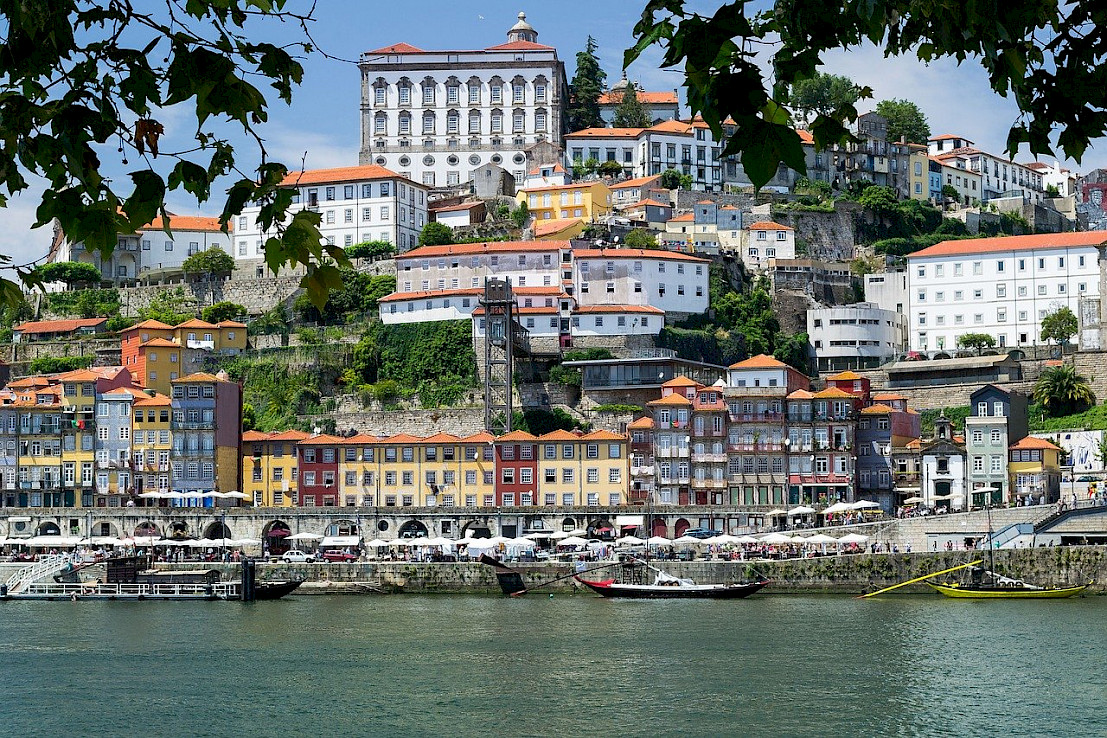 Porto is a UNESCO World Heritage Site that has a fascinating history. The ancient metropolis of Porto dates back to the 1st century BC when it was under Roman rule. At this time, it was a thriving port town on the main trading route between Lisbon and Braga. It was called Protus Cale, reflecting the origins of the name Portugal. Over the years, the city was ruled by Germanic people and the Moors. In 868, a Christan warlord from Galicia took over the city, and in 1386, the Treaty of Windsor, the oldest military alliance in the world, between England and Portugal, was enacted as the result of a wedding between the two nations.

By the 15th century, Porto became crucial to the development of Portuguese shipbuilding because of the deep waters of the Douro River. Because of its strategic location, expertise in shipbuilding, and an adventurous Prince, Porto helped to launch Portugal’s Age of Discovery. In 1415,  a favorite son of Porto, Prince Henry the Navigator, set sail to explore the western coast of Africa and other islands of the Atlantic Ocean looking for new trade routes.

By the 1700s, Porto was very important to the economy of Portugal and became famous for transporting barrels of Port wine down the Douro River. Today, one of the things Porto is still famous for is Port, one of the world’s great classic wines.

Porto is a city that is best seen on foot. Make sure you wear sturdy walking shoes because the streets in Old Town  are cobblestone. There are so many things in Porto that shouldn’t be missed so we have put together our top picks!

The traditional Azulejos ceramic tiles decorating houses, churches, palaces, and buildings can be found all over Portugal. They date to the 13th century after Portugal’s King Manuel I brought this technique to his country from Seville, Spain. Floral, decorative, religious, and cultural motifs are often used in mosaics in a variety of artistic styles. 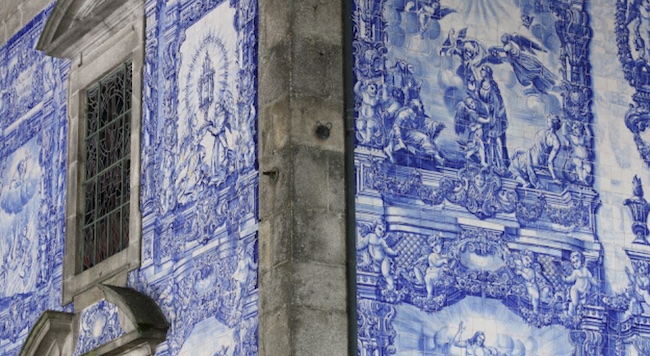 There are many good examples of the use of Azulejos tiles in Porto including the exterior of the Baroque-styled Church of St Ildefonso on Santa Catarina Street that dates to 1739. More than 11,000 classic blue and white tiles depict the life of Saint Ildefonso and stories from the Gospels.

A dramatic and unexpected example of the use of these tiles is in the dark Gothic cloisters of Porto’s Cathedral, Se do Porto. These haunting mosaics are inspired by the Song of Solomon from the Old Testament.

The Capela das Almas chapel is an excellent example of how the tiles were used in the 19th  and 20th centuries when it was common to use religious figures on the exterior of churches. The mosaics here portray the life of St. Catherine of Alexandria and St. Francis of Assisi.

One of the most famous places in Porto to view amazing mosaics composed of more than  20,000 Azulejos tiles is the railway station, Sao Bento. This mansard-roofed Renaissance-style train station is one of the most beautiful in Europe. The tin-glazed blue and white tiles show the history of transport in Portugal, the country’s landscapes, and defining moments, such as King D. Joao and Queen Philippa entering the city of Porto. 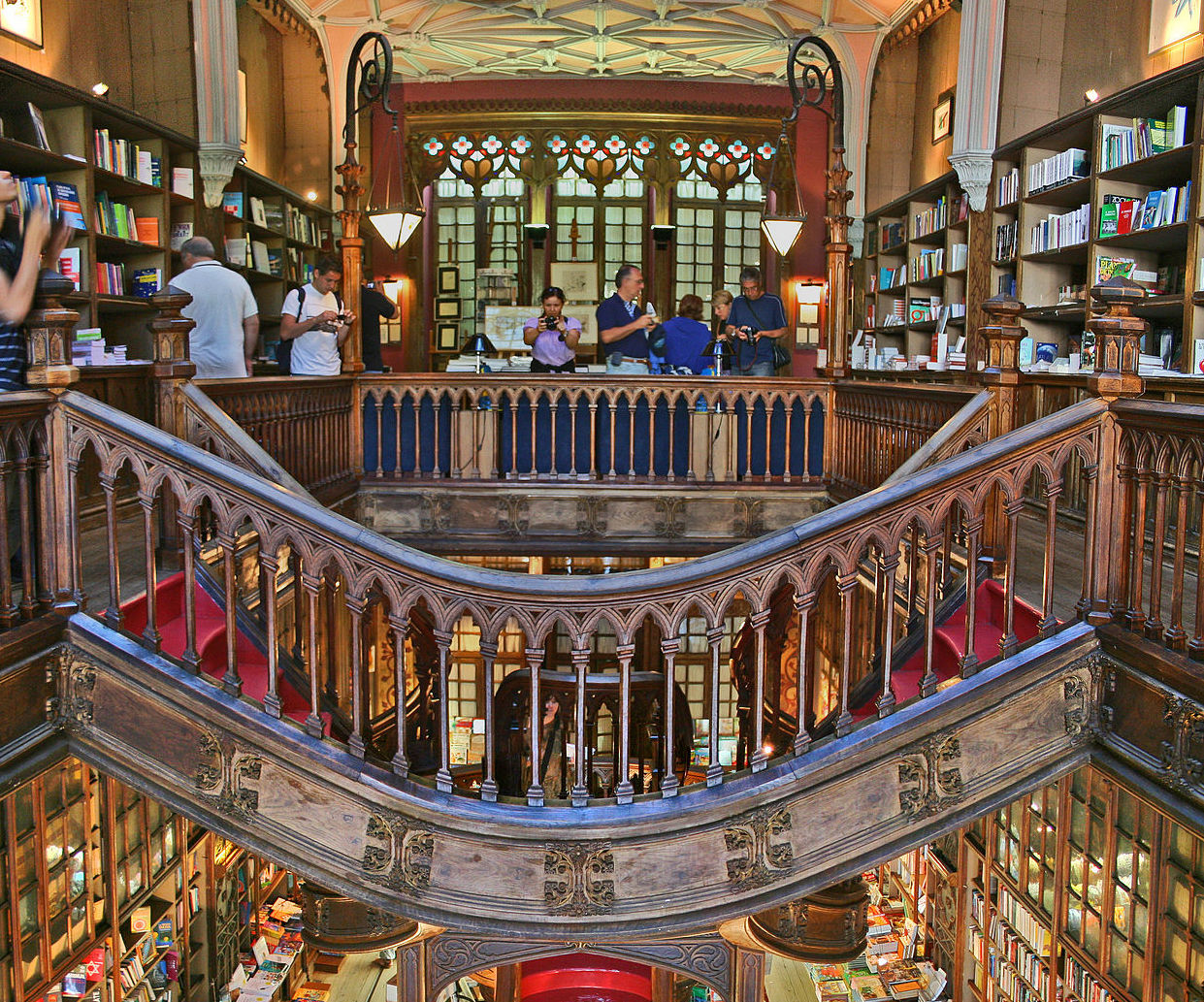 Pop Into The World’s Most Beautiful Book Store

Livraria Lello is considered to be the most beautiful book store in the world and a haunt of JK Rowling, the author of the Harry Potter series. This is is a must-see for Harry Potter fans! Livraria Lello dates to 1906 and was thought to have inspired Rowling to write the Potter series when she resided in Porto. With its neo-gothic facade, carved ceilings, stained glass windows, and the famous red carpet Art Nouveau staircase, it is easy to see where the inspiration may have come from!

Stroll the Dom Luis I Bridge

Although there are six bridges in Porto, the Dom Luis I Bridge is the most iconic because it was designed by a student of Gustave Eiffel, the architect of the Eiffel Tower in Paris. At the time of its completion in 1886, this bridge was the longest iron arch in the world. Spanning the Douro River and connecting Porto to Vila Nova de Gaia,  the Dom Luis I Bridge is open to pedestrians on two levels. Strolling along the upper deck offers visitors spectacular views of Porto and the magnificent buildings that line the Douro River. If you can’t do the steps from the bottom of the bridge, the Funicular dos Guindais saves you from walking up a steep hill, and down one!

Stretching along the riverbank of the Douro, Ribeira is the most interesting and picturesque neighborhood in Porto and, the most authentic part of the old town. Here, rambling along the cobblestone streets you will find a mixture of colorful facades, terraced homes, and single-story warehouses where you will come upon restaurants, shops, cafes, and even local residents that still hang their clothes from balconies.

Just beyond the waterfront is a labyrinthine maze of streets and alleys that beg for exploration. In Praca da Ribeira, the center of the old city nightlife, you will see bars and restaurants as well as a striking 17th-century granite fountain that displays the Portuguese Coat of Arms and a statute of John the Baptist, representing a perfect blend of old and new that is Porto in the 21st century.

Walking into the back streets, you will come upon Casa do Infante. This is the house where Prince Henry the Navigator was born in 1394. During its long history, this edifice was also known as the Alfandega Velha or the Old Customs House. Today, it is a museum with exhibits that tell the story of Prince Henry the Navigator and the Roman occupation in the 4th and 5th centuries.

In the Ribeira neighborhood, you will also have wonderful views of the Dom Luis I Bridge. Before its construction, people would cross the river by boat. In 1806, the first bridge was built, Ponte das Barcas (Bridge of Boats). In 1809, when Napoleon invaded the city, fleeing residents rushed to Ribeira and onto the Bridge of Boats to escape. The old boats could not take the weight of the crowds trying to flee and many drowned that day. If you look closely, there is a shrine close to the Dom Luis I Bridge, called the Alminhas da Ponte, that memorializes this event.

One of the best ways to see the entire neighborhood is to take the Elevador da Ribeira. You will end up in the neighborhood of Barredo, and all you have to do is walk down the hill to experience the heart of Ribeira. Another way to get a panoramic view is to climb the 225 steps of the Torre de Clerigos, a Baroque bell tower of the church with the same name.  In addition to the views, several rooms adjacent to the bell tower’s stairs have exhibits of the history of this 18th-century tower’s inhabitants and architects.

If you are ready to taste the region’s famed Port Wine at its finest, then head to Vila Nova de Gaia, where major Port Wine producers have their warehouses and tasting rooms. The Port Wine region stretches about 60 miles inland from Porto and is the only place in the world that can legally produce what is “Port Wine,” thanks to Marques de Pombal, who demarcated the region in 1756. Port wine arrives in Porto after a year or so of aging and moves to wine lodges where it will age a bit more in the humid mild climate of the city. A highlight is to go for a tasting and tour and, to see the barrels where Port Wine is maturing. The experience is intoxicating! 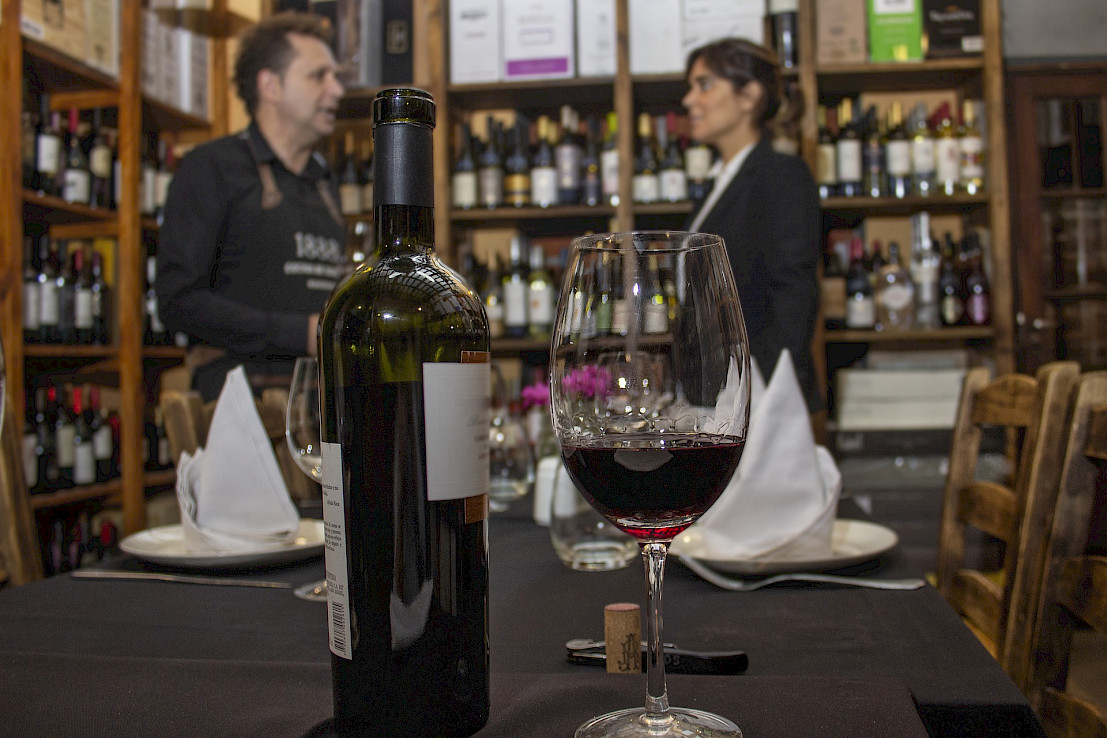 From Porto’s stunning Azulejos tiles, Beaux-Arts architecture, and historic wine lodges to the maze of cobblestone streets,  intriguing shops, and restaurants, this lovely city offers visitors the best of old-world charm with a nod to 21st-century sophistication.